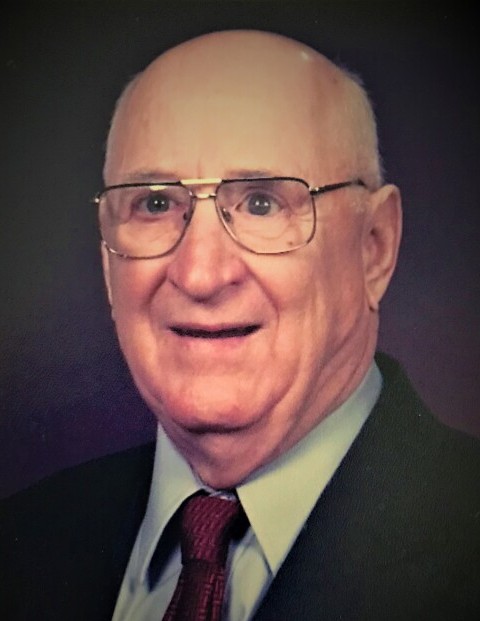 Lenard LaPorte, 95, of Weston WI passed away Sunday, May 10, 2020, at Wellington Place, Rib Mountain, WI.
He was born July 5th, 1924 in the town of Callon to the late Arthur and Augusta (Zinser) LaPorte. Lenard grew up surrounded by a loving family where he spent time hunting and enjoying life.
When World War II broke out, Lenard was drafted, and (per his request) inducted into the Army Air Corps where he diligently served his country from 1941 until wars end.  His service included tours through Italy, Germany, and Africa, which gave him many stories and experiences to share with his children and grandchildren throughout the years.

After returning to Weston, WI, Lenard met the love of his life Susanna (Resch).  They were married on May 13th, 1952 at St James Catholic Church in Wausau WI.  Lenard and Susanna were blessed with 68 years of marriage.

Lenard worked for 40 years as a senior mechanic at the Kraft foods plant in Wausau, WI.   His skills as a senior machinist and mechanic were utilized to develop innovative ideas to enhance plant production.

When Lenard was not working, he loved fixing and building everything from trailers to birdhouses, in addition to duck carvings.  Another very important part of his life was spent enjoying years of hunting and fishing with his children and grandchildren at their cabin on the Willow Flowage.

A Memorial Mass will be celebrated at 11:00 a.m. on Wednesday, June 10, 2020, at St. Therese Catholic Church, 113 West Kort Street, Rothschild. The Rev. Joseph Albert will officiate. Visitation will be held from 9:30 a.m. until the time of service at the church. In lieu of flowers, memorials may be directed to the nursing staff at Wellington Place in Rib Mountain, WI, for their kindness toward Lenard in his final days or St. Therese Catholic Church in Rothschild, WI.

Brainard Funeral Home and Cremation Center is assisting the family with arrangements. Online condolences may be shared at www.brainardfuneral.com

To order memorial trees or send flowers to the family in memory of Lenard LaPorte, please visit our flower store.