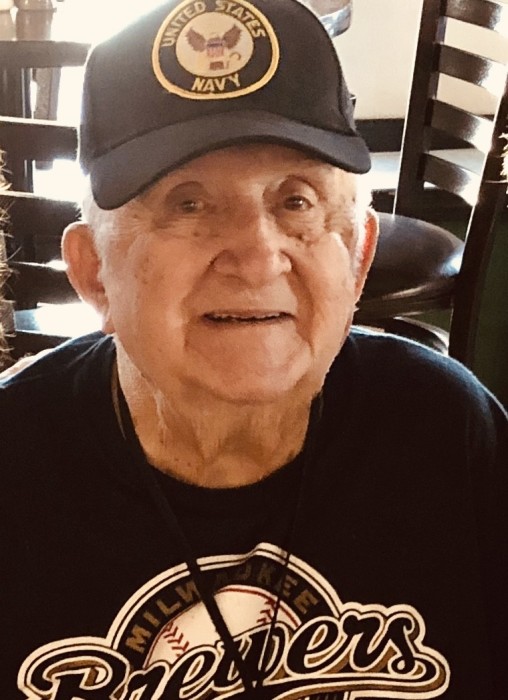 LeRoy was a graduate of Boy’s Tech High School (now Milwaukee Technical School) in Milwaukee, WI and Macomb Community College in Warren, MI.  LeRoy proudly served his country as a member of the U.S. Naval Reserve on the U.S.S. Missouri during the Korean Conflict.  He worked many years as a Model Maker/Pattern Maker for the Fisher Body Division of General Motors and retired from GM as a Clay Designer.

Besides his wife, LeRoy was preceded in death by his sister, Dorothy Gleason and brothers, Donald and Eugene.

Per LeRoy’s wishes, a private family burial will take place at a later date where he will be laid to rest and reunited with his beloved wife at Peaceful Pines Cemetery in Mosinee.  Brainard Funeral Home – Everest Chapel is assisting the family with arrangements.  Online condolences can be directed to the family at www.brainardfuneral.com.

To order memorial trees or send flowers to the family in memory of LeRoy Stanosz, please visit our flower store.