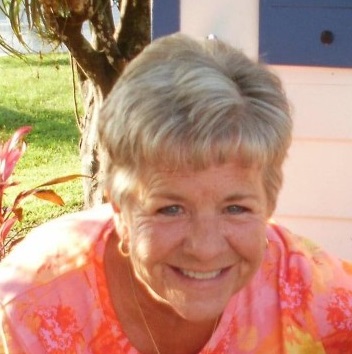 Linda J. Evans, 73, passed away unexpectedly at her home in Weston on June 20, 2021, after suffering a heart attack.

She was born on April 24, 1948, in Wild Rose, WI, daughter of the late Delbert and Patricia Colligan.  Linda grew up in Wild Rose and graduated from Wild Rose High School in 1966.  She then received a degree in Special Education from UW-Oshkosh in 1970, a path she was called to due to the disabilities of her sister, Kerry.  She began teaching in Wausau in 1970 and married her husband Don on December 16, 1978.  Linda spent her entire career with the Wausau School District, retiring in 2003.

Linda’s dedication to the children she taught was evident, and she also developed deep relationships with her student’s parents, as many of her students remained in her classroom for five or more years.  Linda was also actively involved in Special Olympics and summer camping programs for Special Education students.  Linda also developed special relationships with the teachers and aides she worked with which extended past her retirement.

After retirement in 2003, she and Don built a retirement home on Muskellunge Lake in Tomahawk where they spent over 16 years sharing their love of the lake with friends and family.  They were also fortunate to escape the Wisconsin winters spending time at their home in Bonita Springs, FL.


Linda enjoyed needlework, creating beautiful birth announcements for each of her grandchildren, and many other special keepsakes for friends and family.  She also enjoyed walking, biking, traveling, and visiting local casinos where she could be found playing the penny slots.  She was an avid sports fan, supporting the Brewers, Badgers, and Packers either at the games or on TV.  Linda and Don were fortunate to attend various Badger games not only in Wisconsin but also several in Florida and Las Vegas.  In Florida, Linda enjoyed spending time by the pool and at the beach and was active in their retirement community whether she was line dancing, volunteering at the library or “Tiki hut” hotdog stand, or cheering on Don’s softball team.  She also developed many strong friendships with others from across the U.S. and Canada, while spending their winters in Florida.

Visitation will be held from 3:00 pm until 5:00 pm on Friday, June 25, 2021, at Mount Olive Lutheran Church, 6205 Alderson Street, Weston, with a light meal following the service.  Since Linda hated dressing up, casual attire is required.

In life, Linda donated blood and she continued helping others in death via organ and tissue donation.

In lieu of flowers, please consider a donation in Linda’s name to one of her favorite charities: Special Olympics, St. Judes, Children’s Miracle Network, or the Harry Chapin Food Bank of Southwest Florida.

To order memorial trees or send flowers to the family in memory of Linda Evans, please visit our flower store.