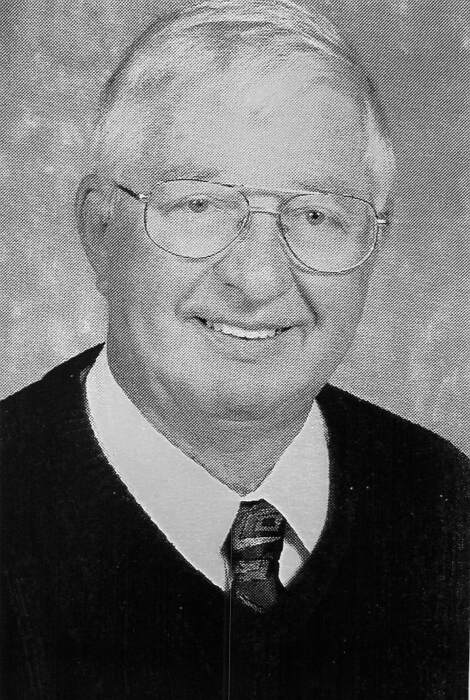 Larry was born in Wausau, WI, August 1, 1937, the son of Elmer and Ethel (Morrison) Wolfe.  After attending Elcho High School, Larry enrolled at UW-Steven Point.  Financially unable to continue, Larry moved to Milwaukee where he met Carol Ann Powichroski, his bride of 62 years.  Married on July 25, 1959, the pair soon had two sons, Timothy and Michael.  It was in those first years that Larry not only helped support his family, but also earned his first teaching license graduating from Antigo Teacher College. After a year teaching in the Bowler School District, Larry and his family moved to the Milwaukee area where he was the first in his family to earn a full 4-year degree from the University of Wisconsin-Whitewater. Upon completion, Larry and his family moved to the Wausau area where he worked as a teacher, counselor, coach and administrator for parts of the next 4 decades.  In future years, he would subsequently earn a Masters in School Counseling from Ohio University and a special Math certification from Drexel University in Pennsylvania.  In 1973 Larry was blessed with a third son, Sheldon.

Larry’s passions were fishing, camping, attending his children and grandchildrens’ activities, coaching youth athletics (especially girl’s basketball), socializing at Burke’s Fireside Tap with his long time friend Larry Burke, and improving his community.  Inducted into the D.C Everest Athletic Hall of Fame some achievements included starting 7th grade boys and girls basketball, junior high boy and girl soccer,  junior high boy and girl cross country, junior high swimming and 9th grade girl softball programs.  He was also instrumental in developing the intercity middle school volleyball program.  Larry was President of the Junior High Valley Conference from 1980-1997 and was named WADA District 2 Athletic Director of the Year in 1997.  In 1973 Larry, along with several neighborhood dads, recognizing the lack of youth baseball in the community, helped organize, fundraise and charter the RSW-area Senior League Baseball for boys and girls ages 13-15.  He was President of the league for its first 8 years. In addition, he had been an active member of the Stettin Lions Club for many years.

Larry is survived by his wife Carol, two sons Michael (Noreen) Wolfe of Weston and Sheldon (Katie) Wolfe of Middleton, WI, his 7 grandchildren; Erin (Nate) Wendel of Omaha, NE, Paige Wolfe of Plymouth, MN, Ryanne and Kase Wolfe of Weston, Cody, Leah, and Brady Wolfe of Hazlehurst, WI and his niece Sandy Cribbs of Milwaukee.   Larry was preceded in death by his parents, his son Timothy, and his sister Betty.

Mass to celebrate Larry’s life will take place at 11:00 am Monday, August 30, 2021 at St Mark's Catholic Church in Rothschild. There will be visitation the previous evening between 5:00-7:00pm on Sunday, August 29, 2021 at Brainard Funeral Home - Weston. Final prayers before laying Larry to final rest will be given at the grave site at Elcho Community Cemetery in Elcho WI at 2:00 pm.

To order memorial trees or send flowers to the family in memory of Lorenz “Larry” Wolfe, please visit our flower store.