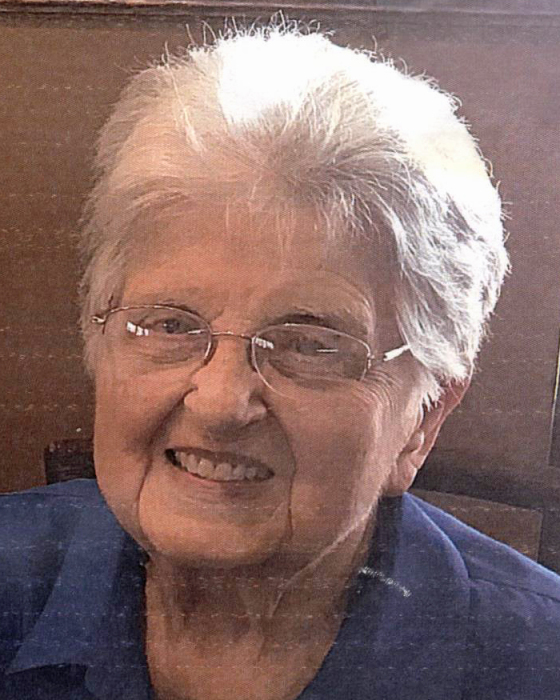 Marcia was born August 30, 1929 in Sheboygan to the late Edward and Vera (Kalmon) Zenner and grew up in Wausau. She attended St. Mary’s Catholic Grade School and graduated from Wausau Senior High in 1947. Marcia married Peter Dalsky on October 2, 1948 at St. Mary Catholic Church. The couple moved to Chicago and lived there for 20 years before returning to Wausau. The couple celebrated 56 wonderful years together before Peter’s passing on October 18, 2004.

Marcia was very hard-working and determined throughout her life. She was ahead of her time, working her way up in each of her jobs, until she was the boss! Marcia started working at Steffke Freight in Wausau before moving to Chicago where she worked for Peerless of America, Ziv, and Venus. The family moved back to Wausau in 1969 where she worked as the office manager for Tom O’Malley Oldsmobile, and Rosemurgy Ford. She pursued her goal to work in real estate, opening Forward Real Estate and then onto Downtown Chrysler where she became the owner/president (the 3rd woman in the state to own a dealership)! She then started as the office manager at Scenic Signs & Screen-Printing and later became the owner/president. During her career there, Marcia trademarked the “Trail Safe” logo for snowmobile and campground signage across the US. She was named the Wausau Small Businesswoman of the year in the early 1990’s.

No matter how busy she was with working, Marcia always took time to help family and friends, welcoming them into her home -there was always a place for them. She was very strong in her Catholic faith and was a member of Church of the Resurrection. She enjoyed singing as a member of the Sweet Adeline’s. In her free time she enjoyed spending time with family and friends and enthusiastically watching the Chicago Cubs. Marcia took great delight in her many travels to Medford in her beloved Model A Ford. (Oh the stories!) In her later years Marcia enjoyed trips to the casino, a cold beer and a cigarette.

Mass of Christian Burial will be at 10:30 AM on Wednesday, April 21 at Church of the Resurrection Catholic Church, Wausau. Fr. Msgr. Mark Pierce will officiate. Visitation will be from 9:00 AM until the time of service at the church on Wednesday. Burial will be at Restlawn Memorial Park. Brainard Funeral Home is assisting the family with the arrangements; you may sign our family guestbook at brainardfuneral.com.

Heartfelt appreciation goes to the nurses and staff of Mount View for their care, compassion and respect for Marcia.

To order memorial trees or send flowers to the family in memory of Marcia Dalsky, please visit our flower store.