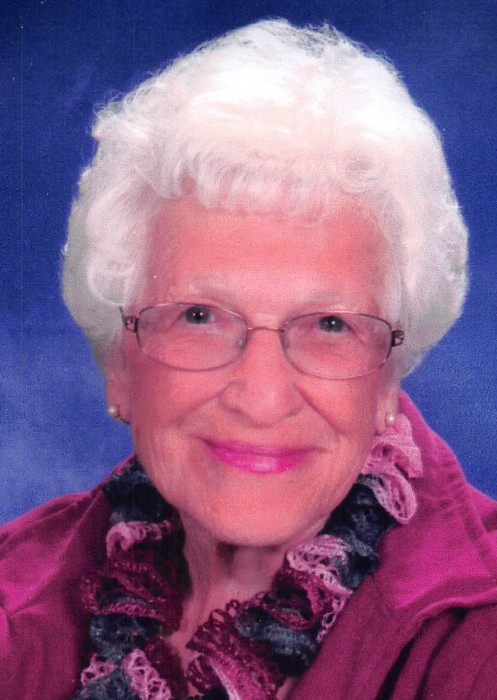 Mary Lou McEwen, of Schofield, formerly of Mesa, Arizona, went to her Heavenly Home at the age of 88, on November 23, 2019, at Mount View Care Center.

Mary Lou was born on September 16, 1931 in Halder, Wisconsin. She was the youngest daughter of the late John and Eleanore (Pecha) France. Mary Lou graduated from Wausau Senior High School and later received her teaching degree from the University of Wisconsin-Stevens Point. She married the love of her life, John “Jack” McEwen, on June 16, 1951 at St. Mary’s Catholic Church, in Wausau. She enjoyed spending time with family and traveling with their tour group known as Jokes & Notes. She was a proud teacher at Mosinee Elementary School. She could sew and craft up almost anything- making anything turn into something great. Mary Lou was often involved in the community and St. Therese Parish. She will be remembered for her volunteering and caregiving in both Wisconsin and Arizona.

Mary Lou’s sense of humor and jokes brought a smile to everyone she met. She will be missed by all who’s lives she touched.

The family would like to thank the entire staff at Cedar Creek Manor for their care, dedication and compassion shown to Mary Lou.

A Memorial Mass will be celebrated at Saint Therese Parish, Schofield on Friday, November 29, 2019 at 11:00 AM. Visitation will be from 9:00 AM until the time of service. In lieu of flowers, memorials may be made to Saint Therese Parish. Brainard Funeral Home- Everest Chapel is assisting with arrangements.

To order memorial trees or send flowers to the family in memory of Mary Lou McEwen, please visit our flower store.