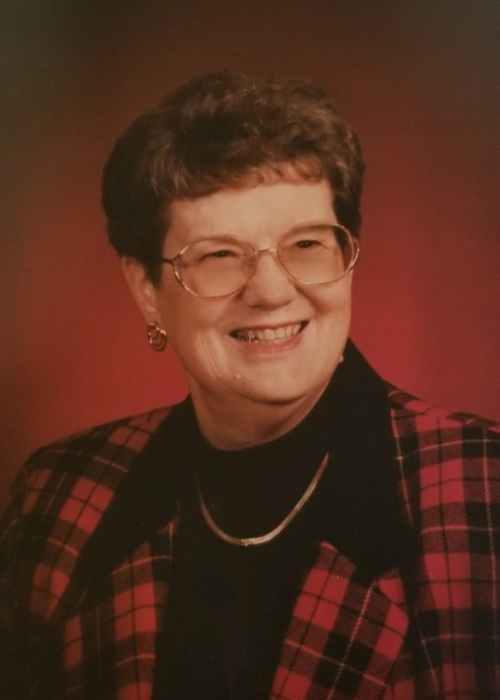 Mary Lou (Boots) Theilig, age 87, of the town of Stettin, passed away on Thursday, August 20, 2020 at Rennes Health and Rehabilitation Center, Weston.

Mary Lou, more affectionately called “Boots”, worked as a reinsurance underwriter for Wausau Insurance for over 25 years.  In addition to working fulltime, Boots always found ways to stay busy while raising four children. She was a den mom when her sons were in scouting. She loved to read and garden, as well as bake and sew with four children at home. When the children left home, her passion became quilting and doing volunteer work for her church. Boots was a devoted wife and mother and she will be missed by the entire family.

She was preceded in death by her parents, husband, Eugene, brother, Lee Wishowski, and sister, Patt Hahn-Jennerman.

Funeral Service will be held at 1:00 P.M. on Monday, August 31, 2020, at Covenant Community Presbyterian Church, 1806 Weston Ave., Schofield. Rev. Jim Gates will officiate. Entombment will be in Memorial Chapel Mausoleum, Restlawn Memorial Park, Wausau. Visitation will be from 12 noon until the time of service on Monday at the church.

Brainard Funeral Home – Everest Chapel, Weston is assisting the family with arrangements. You may leave condolences for her family at brainardfuneral.com . Donations can be made to Covenant Community Presbyterian Church in lieu of flowers.

To order memorial trees or send flowers to the family in memory of Mary Lou Theilig, please visit our flower store.