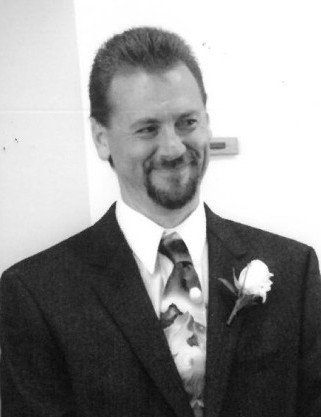 Michael J. Eberhardy, 51, of Kronenwetter, passed away peacefully at the Aspirus Hospice House with his loving family by his side. After a courageous battle with a rare, aggressive form of brain cancer called glioblastoma multiforme, Mike’s life came to an end. This disease caused complications throughout his body, however, the most damage from the cancer occurred in his brain.

Mike worked various jobs throughout his life, most recently he worked for G3 Industries. He enjoyed working on cars and various other things around the garage. He especially loved riding his motorcycle and going golfing. Mike always had a smile on his face and would always be one to crack jokes. He was kindhearted and full of ambition for anything he set his mind to. Mike cherished the time he would spend with his family going up north; whether it was camping, staying at the cabin, or being out on the pontoon. He was also an avid Packers and Badgers football fan.

Memorial Service will be held at 5:30 p.m. on Wednesday, August 15, 2018 at Brainard Funeral Home – Everest Chapel, 5712 Memorial Court, Weston. Pastor Jennifer Dahle of St. Stephen Lutheran Church, Wausau, will officiate. Visitation will be held from 3:00 p.m. until the time of service at the Funeral Home.

The family would like to extend a special thank you to Dr. Harish Ahuja and the entire staff at Aspirus Oncology for the excellent care shown to their family.

Brainard Funeral Home – Everest Chapel is assisting the family with arrangements. Online condolences may be given at www.brainardfuneral.com

To order memorial trees or send flowers to the family in memory of Michael Eberhardy, please visit our flower store.