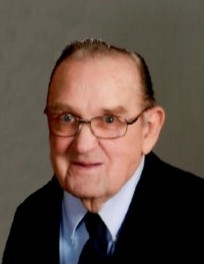 Michael R. Ermeling, age 79 of the Village of Weston, passed away peacefully at Rennes Health and Rehabilitation Center following a long battle with health issues.

He was born on August 18, 1940 at their family’s home in Schofield, son of the late Clyde L. and Sophie (Kravcyk) Ermeling.  Mike was part of the DC Everest class of 1959, and upon graduation he enlisted in the US Army.  He was stationed in France during the Cuban Missile Crisis.

Mike started working at the former American Can Papermill in 1963. Following the purchase of the Papermill by Weyerhauser, he continued working as a millright, retiring in September of 2003 after over 40 years.

On March 7, 1964, he married Barbara Opper and they were blessed with three sons, Michael Jr. (Theresa) Ermeling of Land O’ Lakes, FL, Kevin (Sheila) Ermeling, and Bryan Ermeling, all of Weston. They would have celebrated their 56th wedding anniversary in March.

Mike enjoyed deer hunting and spending time with his family on their 80 acres of land in Ringle.  He loved watching his sons play high school football, and his grandkid’s activities.  In earlier years, he liked to go hunting in Montana with friends for mule deer.  Over the years, he and Barbara traveled to Alaska, Hawaii and Canada.  In the summer, he liked to work in his garden and to ride his lawnmower, cutting the grass on his two acre yard.  Mike was a lifelong fan of the Yankees. He also liked watching football and Nascar, and even attended several Daytona 500 races.

He was preceded in death by his parents, two brothers, Clyde A. and Russell Ermeling, his granddaughter, Stacy Ermeling, and great-grandson, Johnathan Moriarty, and many of his in-laws.

Memorial service will be held at 11:00 AM on Saturday, February 29, 2020 at Peace United Church of Christ, 1530 Grand Ave. Schofield.  Rev. Gloria VanHouten will officiate.  Visitation will be from 10:00 AM until the time of service at the church on Saturday.  Burial will follow in Pine Grove Cemetery, where military honors will be conducted.

In lieu of flowers, memorials in Mike’s name may be given to Peace United Church of Christ.

Brainard Funeral Home – Everest Chapel, Weston is assisting the family with arrangements.  You may sign the family guestbook and leave messages of condolences at www.brainardfuneral.com.

To order memorial trees or send flowers to the family in memory of Michael Ermeling, please visit our flower store.