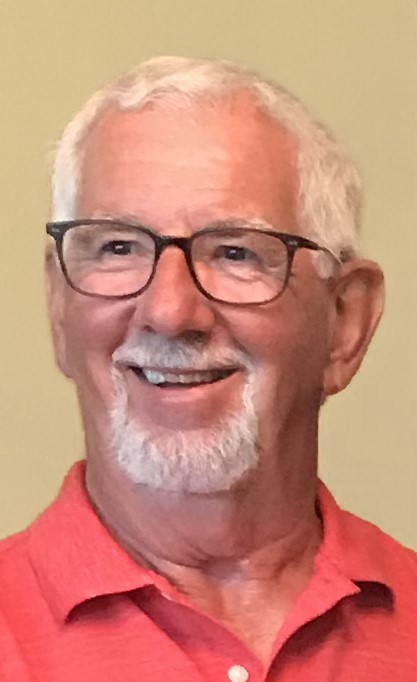 Words cannot describe the feeling of grief with the sudden loss of our beloved husband, father, and grandfather, Michael D. Kluetz, 72 on April 28, 2021.  Mike was born in Wausau, WI on June 20, 1948 to the late Raymond and Erna (Artus) Kluetz.  Mike grew up on the Kluetz family farm in the Town of Maine.  He often told stories and reminisced about his early years with a twinkle in his eye.  He graduated from Wausau High School in 1966 and attended UW Marathon Campus for one year. He furthered his education at UW-Madison, where he graduated in 1971 with a B.S. Degree in Chemistry.  He received his PH.D. in Biophysical Chemistry in 1975 from the U. of Illinois-Urbana.

After college, he took a job at the U. of Idaho as a Chemistry Professor in Moscow, Idaho.  During his five years in Moscow, he welcomed his two sons Karl and Erik into the world.  Mike and his young family moved to the western suburbs of Minneapolis where he started his 30-year career at Cargill, Inc. as a research scientist. He was highly respected by his colleagues for his work ethic and dedication to his research.  In 2012, Mike bought a home in Merrill, WI, and began his retirement life.

Mike’s faith was especially important to him; he returned to St. John Lutheran Church in the Town of Maine, where he was baptized and confirmed.  It was at St. John that he met, Sue Harris who became his wife on December 29, 2017.  Mike faithfully served on church council as treasurer.  He was the church historian and spent countless hours documenting St. John family history for the church’s 150th anniversary.  In addition, Mike was passionate about tracing his family's heritage and genealogy which was often intertwined with the church.  In 2015, he traveled with his son Erik and daughter-in-law Estreitta to the town of Kluetz in Mecklenburg-Vorpommern (northern) Germany and Pomerania.

Even though he had big titles and degrees behind his name, he never led with those credentials. As a father, Mike was always there for his sons to lean on for advice and input.  He taught them from a young age that hard work, making smart decisions in life, and to lead by example without judgement.

He was always just "Mike" who loved and enjoyed the simple things in life. His passion was growing a massive garden, specializing in raspberries and asparagus, playing cribbage, a game of shuffleboard or pool with his best friend Bruce, snowshoeing, long bike rides with Sue, and just enjoying life with friends and family.

The most important thing in Mike’s life was the love he had for his beautiful family. His love, devotion, compassion, and life together with Sue, his pride in Karl and Erik’s accomplishments, his happiness in having two wonderful daughters-in-law, Estreitta and Mayumi, his special bonds with his stepchildren Terre, Matt, and Luke, and last but not least, his cherished grandchildren who brought so much joy to his life.

In addition to his parents, Mike was preceded in death by his two sisters, Mary Plunkett, and Judy Klug.

Mike’s family will forever cherish these memories we hold so deeply in our hearts.  We want to express our gratitude to everyone for their loving support and prayers.

Funeral services will be held at 11:00 AM on Saturday, May 8 at St John Evangelical Lutheran Church, 5304 44th Ave, Village of Maine. Pastor Dan Sire will officiate. Visitation will take place from 4:00 PM until 7:00 PM on Friday, May 7, and again on May 8, from 9:00 AM until the time of services. All visitation will take place at the church. Masks and social distancing are STRONGLY suggested by the family. Words of remembrance and online condolences may be expressed at www.brainardfuneral.com

In lieu of flowers, memorials in Mike’s name may be given to St. John’s.

To order memorial trees or send flowers to the family in memory of Michael Kluetz, please visit our flower store.