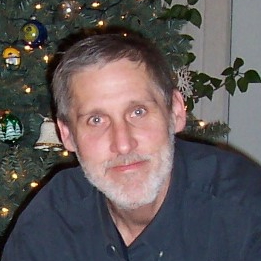 Michael was a resident of Bloomington, MN.  He graduated from Wausau East High School in 1983.  He participated in Tophatters, football, basketball, and golf and was named outstanding male student in his class.

Michael graduated from Carleton College, Northfield, MN.  In 1987 majoring in math.  He received his Masters Degree from University of Vermont, majoring in Student Affairs and Higher Education Administration.  Upon graduation, he accepted a position of Financial Recruiter at Bucknell University and then at Carleton College.  Realizing he wasn’t happy sitting in an office, he then managed several restaurants, including Boston Market, where he was shot during an attempted robbery, Applebee’s, and Green Mill.

He then applied for and was accepted at a position at the US Post Office in Bloomington, MN until his time of passing.

Michael was diagnosed with diabetes and had his left leg amputated in 2017.  Michael was a talented golfer, being named captain of his college golf team.  He played with his dad and cousin Marsha Crooks and her husband Keith in numerous Northland Lutheran Wildcat Opens.  If you needed a key shot, whether a drive, approach shot, or putt, Michael could usually be counted on to deliver.

Michael remained a loyal Green Bay Packer and Wisconsin Badger supporter while living in Minnesota.  He and his dad had many phone discussions after each Packer game.

In addition to his dad, Michael is survived by his sister Lori of Cincinnati, OH and numerous cousins.  He was preceded in death by his mother, Uncles Alois and Marlan Zank, Uncle Gerald Pietscher and Aunt Sharon Zank and grandparents.

In lieu of flowers, memorials may be directed to St. Peter’s Lutheran Church.

To order memorial trees or send flowers to the family in memory of Michael Zank, please visit our flower store.