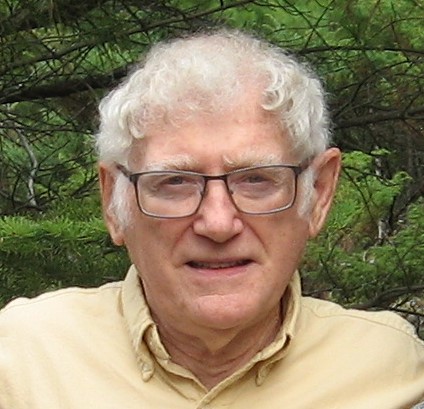 On Saturday, August 20th, Morris Johnson passed away peacefully at the age of 85. Morris was born in International Falls, MN on August 3rd, 1937. He was the eldest son of Alfred and Margaret (Mannausau) Johnson, the beloved husband of Catherine Kiefer Johnson, the proud father of Raymond (Sarah), Sigmond (Caroline), Armond (Brenda) and Normond, the admiring grandfather of Erica (Rob), Hannah (Bryan), Arielle, Aaron, Morgan, Abigail, Talon, Penelope, Kendall and adoring great grandfather to Graelynn. He was the brother of Dale (Jan) Johnson and Margaret (David) Lane. He was a plant biochemist committed to expanding our knowledge of science.

He graduated from International Falls High School. He earned his BS & MS in chemistry from North Dakota State University (NDSU). At NDSU he met Cathy, his best friend and partner in life. They were married on August 19th, 1961, in Perham, MN. Upon completion of their graduate studies at NDSU, they moved to Corvallis, Oregon, where Morris continued his education. On completion of his PhD in biochemistry at Oregon State University (OSU), he took a position at the Institute of Paper Chemistry (IPC) in Appleton, WI. For 23 years he guided graduate students and did research in plant biochemistry. His group successfully cloned Douglas fir trees. He also worked on understanding cancer mechanisms.

He was a lifelong learner. To keep abreast with the latest scientific developments, he visited laboratories throughout the world. He and Cathy attended science meetings in the US, Canada, Sweden, Finland, Germany, Austria, Mexico and Japan where Morris presented his research findings.

After his employment at IPC, he taught chemistry and physics for 10 years at Fox Valley Technical College in Appleton, WI. He enjoyed working with plants in the lab and in his garden. He loved his horses, dogs, cats, the accordion and eclectic music collection.

After their retirement in 1999, Morris and Cathy enjoyed time with their children and grandchildren. They moved from their Greenville home to Weston to be closer to family. Morris will be greatly missed by his wife, family, friends, and his cats Rusty and Milo.

Memorials may be directed to the “Johnson Family Scholarship” fund at Fox Valley Technical College in Appleton, WI. The scholarship supports single parents who are pursuing a degree in a science-based program (fvtc.edu/donate). The family would like to thank the staff of Pride TLC and Dr. Isaacson for their compassionate care. The funeral services were held on August 23rd at Highland Memorial Park Cemetery in Appleton, WI

To order memorial trees or send flowers to the family in memory of Morris Johnson, please visit our flower store.