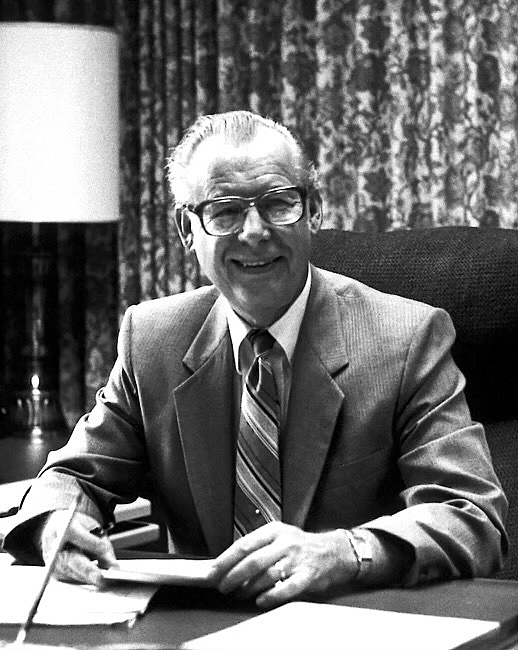 Reinhold R. Klein of Bradenton, Florida died November 25, 2020 at the Tidewell Hospice House in Sarasota, Florida at the age of 94.

He first came to the U.S. at the age of two and returned to Germany at the age of six beginning school there.  Two years later he returned to the U.S. and started school at P.S. 242 in Brooklyn, N.Y. in first grade because he could speak very little English. He skipped grades over the years and graduated in 1940 receiving the Theodore Roosevelt Associations Founders Medal for exceptional scholarship. He graduated from Brooklyn Technical High School in 1944 and began his 23 year long service in the U.S. Marine Corps Reserve. Included were six years of active duty during World War 2 and Korea where he served as a Rifle Platoon Leader receiving the Navy Commendation medal for valor in combat.  During his reserve service he served as staff or commanding officer in various units and also completed and graduated the Marine Corp’s Junior and Senior Officer Schools and the Army’s Command and General Staff College where he completed work equivalent to a Master’s Degree in Military Arts and Science. He retired from the Marine Corps Reserve in 1971 with the rank of Lieutenant Colonel.

His college education began at Muhlenberg College, Allentown, PA for one semester under the Marine Corps V-12 program, then transferred to Colgate University in 1947 where he received a B.A. degree cum laude in Languages and Arts. Following his release from active duty and transfer to the Corps reserve he obtained his first job at an insurance agency in Manhattan, and in 1947 joined Employers Mutuals of Wausau in their N.Y.C. office as an insurance rating trainee.  In the early years with the company he attended the School of Insurance conducted by the Insurance Society of New York and successfully completed courses in Law, Accounting and Insurance receiving the George I. Gross Award. Service in the company’s underwriting departments in their Albany, N.Y. and Kansas City, MO offices culminated in his transfer to the home office in Wausau, WI, where he worked until his retirement in 1986.  During this time the company grew to become the Wausau Insurance Group and his last position at the company was Executive Vice President of Insurance Operations which included serving as an officer and director of eight of its subsidiary companies and agencies.

Very active in the insurance industry he was, at various times, chairman of the boards of the National Council of Workers Compensation Insurance, the Aircraft Products Insurance Association, and the Mutual Atomic Energy Reinsurance Pool where he served to resolve all insurance activities resulting during the time of the countries’ most serious nuclear accident at Three Mile Island near Harrisburg, PA. He also served as a director of the Aircraft Builders Council, the Insurance Services Office, the American Alliance of Insurers, the Risk Exchange, and the U.S. Aviation and Satellite Insurance Group.

Following his retirement from Wausau Insurance he became affiliated with the Technical Advisory Service for Attorneys, published the “Commercial Insurance Advisor”, was an independent insurance consultant, founded the Mid-Wisconsin Risk Management Association and was a panel member of the American Arbitration Association.

He was a member of Wausau’s Kiwanis Golden “K” Club and did volunteer work for the libraries in Wausau and Bradenton, FL, where he and his wife had retired, He also served for 26 years in the volunteer income tax programs sponsored by the IRS and A.A.R.P. doing tax returns during the tax season and answering tax questions “on-line” throughout the year.

While in college he engaged in swimming, fencing and roller skating. In later years he became active in indoor handball, racquetball and tennis. He loved the outdoors and became an avid downhill skier, hunter, fisherman and sailboat racer. His main interest in later years was navigating his sailboat, Winsome II, in the Florida Gulf waters.

His primary interest was as an artist and a viewer of art. Throughout his life, he sketched and painted, both in oils and watercolors. His family were the lucky recipients of seascapes, Wisconsin lake and wood scenes, and for some, watercolors of their homes and gardens.

His other many and varied interests and hobbies included the building of model ships, (one for each of his children), writing essays and short stories, searching for, collecting and adding to his 1500 or more Science Fiction book collection, wine making, maintaining his website “Potpourri” consisting of essays, short stories and miscellanea, (www.etcetra.weebly.com), and learning and devising new magic effects which, as a member of the International Brotherhood of Magicians, he performed for the children of family and friends as “The Great Zucchini”. He also hand built a beautiful wood canoe.

There will be a memorial service in Wausau in the summer of 2021, and burial at the Three Lakes Cemetery, Three Lakes, Wisconsin.

To order memorial trees or send flowers to the family in memory of Reinhold Klein, please visit our flower store.