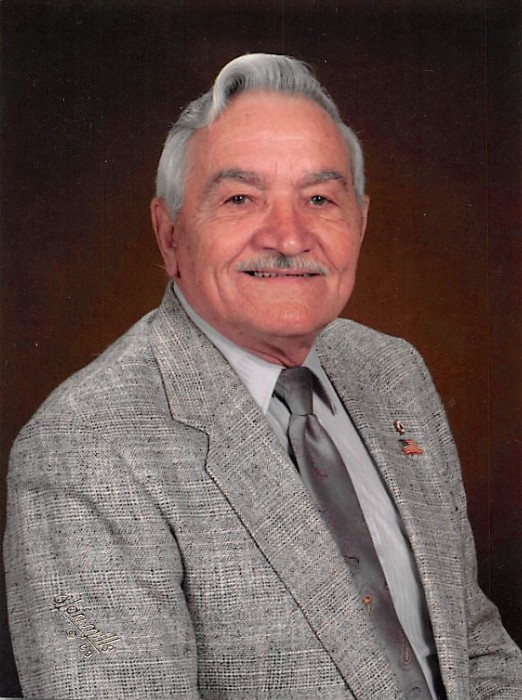 Richard E. Gorski, 85 of Ringle, passed away on Friday, December 27, 2019 at Pride TLC, Weston, under the care of Ascension Ministry Hospice.

Richard was a Korean War Army veteran.  He worked for the town of Ringle for many years.  He also was a part of the Ringle Volunteer Fire Department.  He was a devoted member of St. Agnes Catholic Church where he served as an usher for many years.  He was a talented leatherworker who enjoyed crafting leather purses for his family.  Richard and Carol loved taking scenic drives in the fall, attending blackberry picking parties, riding their gator on the 40, and most of all, snowmobiling. Richard also enjoyed gardening and woodworking.

Funeral Mass will be celebrated at 11 AM on Tuesday, December 31, 2019 at St. Agnes Parish, 6101 Zinser St., Weston.  The Rev. Gregory Bohren will officiate.  Burial will be at Gate of Heaven Cemetery, Rothschild, where military honors will be conducted.  Visitation will be held on Tuesday from 9 AM until the time of mass at the church.  Brainard Funeral Home – Everest Chapel, Weston is assisting the family with arrangements.

In lieu of flowers, memorials may be made to St. Agnes Catholic Church.

Memories and condolences may be given at brainardfuneral.com

To order memorial trees or send flowers to the family in memory of Richard Gorski, please visit our flower store.