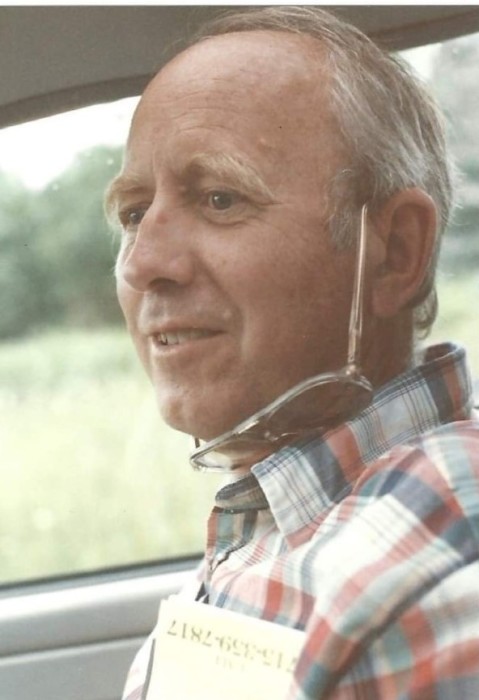 Richard Henry Graikowski, 83, of Wausau, WI, passed away on September 29, 2019 surrounded by his children.

Funeral services will be held on Wednesday, October 2, 2019 at the Immanuel Baptist Church in Wausau. Services start at 11:00 a.m. with visitation 1 hour prior to the church services. Lunch will be provided after the service. Interment will be in Thorp, WI at the St. Hedwig Catholic Cemetery. Arrangements were made thru the Brainard Funeral Home in Wausau, WI.

Richard was born December 24, 1935 to Henry and Elsie (Ulka) Graikowski in rural Thorp. He attended the Wisconsin School for the Deaf, graduating in 1956. After graduation he bought a Harley Davidson motorcycle (back in the day the shifter was on the side of the gas tank), he traveled to North Carolina and back. He then met and married Helena Moose in 1961, adopting her daughter Paula and had four children of their own.

He had a passion for his high school WSD, hometown Thorp athletics and of course the Packers. His other passion was his family and the ones that passed before him.

He met Yvonne Liska and they maintained a relationship for 30+ years.

Our family wants to thank Rennes Nursing/PT and Aspirus Hospital, in trying to maintain Dads health, to Yvonne for giving him companionship. To our Sister Emma for her time and dedication when family and Yvonne wasn’t available to take care of our father.

In lieu of flowers donations will be accepted.

To order memorial trees or send flowers to the family in memory of Richard Graikowski, please visit our flower store.