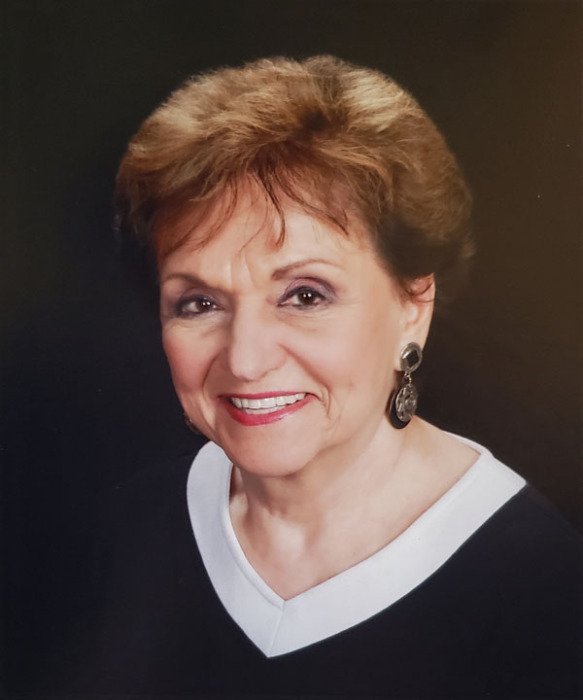 Rita was an only child born to the late John and Marie (Mae) Igielski in Milwaukee on July 21, 1931. She graduated from St. Mary’s Academy in 1949, and Marquette University in 1953 where she received her B.S. degree in nursing. She worked as an RN in surgery for two years at St. Joseph Hospital in Milwaukee.

On July 2, 1955, she married Dr. Michael Delmore and the couple moved to England where Dr. Delmore practiced dentistry as a member of the USAF. While in England, they were blessed with their first child, Margaret. After two years, Mike and Rita moved to Manitowoc, WI, where they were blessed with four more children: Ruth, Michael, Bruce, and Paul. Rita was a hard-working, loving homemaker and mother while her husband Mike was a dedicated dentist and father. After 15 years of a wonderful and happy marriage, Dr. Delmore passed away at age 41 from cancer.

On November 23, 1972, Rita married Allan D. Jirikovec. The couple moved to Wausau to begin a new life with her five children.

After arriving in Wausau, Rita resumed her career as a nurse and worked at North Central Health Care Facilities for 26 years, retiring in 2000. She found immense joy and fulfillment in taking care of the elderly and the mentally ill and counted them all among her “extended family.”  After retirement, she volunteered at the Marathon County Jail for many years as a spiritual and literary tutor in a motivational program called “Breaking Barriers.”  She respected those incarcerated and always held out the promise of hope for them. She regarded them all as “good people who made bad choices.”

She and Allan enjoyed travelling and explored numerous exotic places on the many cruises that took.  They met many people on their travels and kept in touch with several of them for years afterward including her special friend, Ed in Australia.

Spiritually, Rita was a member of St. Anne’s Catholic Church in Wausau for several years where she and her husband Allan were regularly active in the RCIA program. Later she and Allan worshipped at Our Savior’s National Catholic Church in Mosinee, where they felt very “at home.”

In lieu of flowers, memorials may be made to Our Savior’s National Catholic Church, 706 9th St, Mosinee, WI 54455.

Rita wanted to be memorialized by the following quote: “Who I am is God’s gift to me and who I become is my gift to God.”

To order memorial trees or send flowers to the family in memory of Rita Delmore Jirikovec, please visit our flower store.