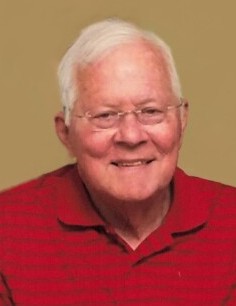 Bob was born in Fond du Lac to the late Arthur and Iva (Allard) Drews on February 14, 1933. He graduated from Lincoln High School in Milwaukee and joined the United States Air Force. He worked as a letter carrier for the United States Post Office for over 30 years. He married Marlene Geipel on August 18, 1956, in Crown Point, Indiana. They celebrated 58 years of marriage prior to her death in 2014.

Bob and Marlene raised their family in the Milwaukee area, where he spent a great deal of time coaching and volunteering for the athletic department at Whitefish Bay High School. He enjoyed playing baseball and bowling and was an avid golfer. After moving to Weston, Bob enjoyed going to the YMCA. Bob and Marlene attended Mount Olive Lutheran Church, where he played on the church dart ball team and sang in the church choir.

He is preceded in death by his wife, Marlene; their son, Dale; and his brother, Dick Drews.

A funeral service will be held at 10:30 a.m. on Saturday, March 6, 2021, at the United Methodist Church of Whitefish Bay, 819 E Silver Spring Drive, Whitefish Bay, WI 53217. Visitation will be held from 9:30 a.m. until the time of service at the church. Interment will follow in Pinelawn Memorial Park, Milwaukee.

A memorial service will then be held at 6:30 p.m. on Tuesday, March 9, 2021 at Mount Olive Lutheran Church, 6205 Alderson Street, Weston. Pastor Lance Hoelscher will officiate. Visitation will be held from 5:30 p.m. until the time of service at the church.

Recordings of Bob’s services will be made available for future viewing at www.brainardfuneral.com. Brainard Funeral Home - Everest Chapel is assisting the family with arrangements.

To order memorial trees or send flowers to the family in memory of Robert Drews, please visit our flower store.