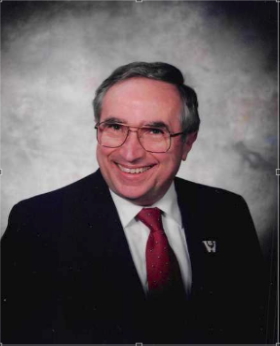 Robert (Bob) Dustrude, 90, passed away peacefully on August 8, 2019 at Care Partners Assisted Living in Schofield. Bob was born on November 8, 1928 in Beloit, Wisconsin. His early years were spent in Rockford, IL and Beloit, WI, graduating from Beloit High School in 1946. As a youngster he started to develop the skills of a great host, demonstrating a sense of humor and also as being a cheerleader in Junior High School, Senior High School, and later at Beloit College. His skills in writing were also developed early-on; while at Beloit Sr. High, Bob won a school-wide essay contest, and for one year was proof reader for the school newspaper.

The summer after his senior year of high school, Bob worked as a clerk at a national drug store chain, earning money to attend Beloit College, located across the street from his home. This summer job resulted in receiving the company’s first Wisconsin scholarship to attend pharmacy school. So after attending Beloit College for one year, Bob transferred to the UW-Madison School of Pharmacy, becoming active in his class as class representative, school reporter, and publicity director. As the pharmacy school’s reporter, Bob wrote a monthly article for the Wisconsin Druggist magazine for three years. He was also on the JV debate team and the UW speakers’ bureau. After his graduation from the UW in June 1951, Bob became a registered pharmacist.

In 1953 Bob enlisted in the US Navy, and attended Hospital Corps School, where he finished as Scholastic Honorman (first in his class). While serving as hospital corpsman, Bob was at various times an ambulance driver and managed the Master Pharmacy of the 9th Naval District. His tour of duty in the Navy ended at Christmastime in 1957.

Following his service in the US Navy, Bob worked as a registered pharmacist at various Wisconsin pharmacies, including Dustrude’s Family Pharmacy, which he owned and operated from 1975 to 2000, before selling the business to Aurora pharmacy. Even after “retiring” in the year 2003, he subsequently worked as a part-time pharmacist for various locations in central Wisconsin. In the entirety of his career, he claimed to have worked in about 30 different pharmacy positions, supporting one of his many jokes, “Some guys just can’t keep a job.”

Activities over the years included joining the Toastmasters clubs in Racine, WI and briefly in Wisconsin Rapids. He most enjoyed giving talks to various organization, including the Wausau Police Department, especially on illicit drugs, and also on subjects such as nutrition and supplements.

Bob was a long-time member of the Wausau Post of the American Legion and the Wausau Elks Lodge. As an Elk member, he was awarded the Elk of the Year certificate and ring (1993-1994) and was the Elks

Scholarship chairman for 31 years. In more recent years, he managed the Elks’ six-lane bowling center, having served previously as the league’s secretary, a team captain and team sponsor.

Bob was preceded in death by his parents, Theron and Charlotte Dustrude, and three brothers, Merle Dean Dustrude and Billy Olmstead.

Bob will be remembered and missed by his immediate and extended family and many dear friends for his service to his community, his prescriptions to treat various ailments (many of which were non-medicinal), his sense of humor, skills in writing and speaking, and skills as an excellent host to friends and family far and wide.

Friends and family are invited to celebrate Bob’s life on Thursday August 15 at Brainard Funeral Home in Wausau. Visitation will be held from 11:00 a.m. – 1:00 p.m., followed by a Lodge of Sorrow service at 1:00 by the Wausau Elk’s Club. Burial following the service will be at Restlawn Memorial Park of Wausau, where military honors will be conducted by the American Legion.

To order memorial trees or send flowers to the family in memory of Robert Dustrude, please visit our flower store.