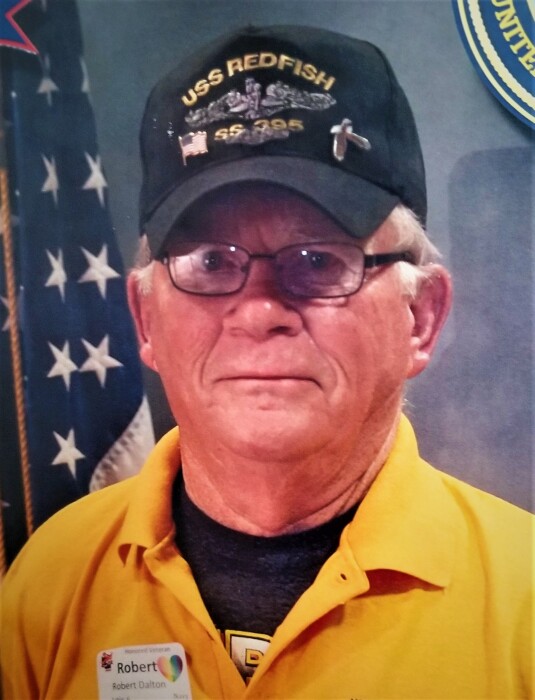 Bob graduated from St Mary’s Springs Academy in 1954 and served our country in the United States Navy after graduation. Bob was a radio operator and submariner on the USS Redfish. He earned the Good Conduct Medal and National Defense Service Medal during his service. He also famously earned the nickname “One Gun Dalton” after accidently shooting himself in the leg during a quick draw contest while on liberty. The bullet remained lodged in his leg for the remainder of his life, providing quite the adventurous tale for his children and grandchildren.

Following his honorable discharge in 1958, Bob enrolled in college at the University of Wisconsin-Oshkosh. He graduated in 1962 with a degree in Economics. Bob worked for many years as Regional Manager for Montgomery Wards department store, in many locations across the Midwest.

Bob was an avid Harley Davidson enthusiast and Green Bay Packer fan. He proudly rode his Harley up until the age of 83. In 2014, he had the privilege of traveling to Washington, DC with the Never Forgotten Honor Flight. Bob’s greatest joy was spending time with his family and attending sporting events and concerts for his grandchildren.

Bob was preceded in death by his parents, Edward and Katherine Dalton; his brothers Ronald, John, and Gavin Dalton; and his step-daughter Julie Zignego.

The family wishes to thank the Aspirus Oncology and Procedure Department staff for their kindness and compassion during Bob’s brief battle with cancer, and the Weston EMTs for their service.

A private celebration of Bob’s life will occur at a later date. As an expression of sympathy, memorials may be directed to St Jude Children’s Research Hospital.

To order memorial trees or send flowers to the family in memory of Robert "Bob" Dalton, please visit our flower store.