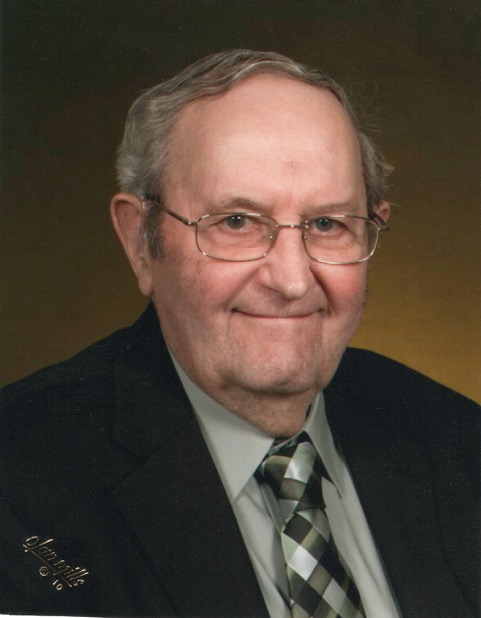 Roger A. Geurink, 91, of Weston, WI passed away peacefully at Mount View Care Center on September 30, 2022. Fittingly, his heavenly journey was on the six-year anniversary of his wife’s passing.

Roger was born in Wausau, WI to Elmer and Agnes Geurink. He graduated from Birnamwood High School in 1949. He married his high school sweetheart, Betty Fremming in 1951, and just three months later, he was called to serve in the Korean War. He was assigned to a quartermaster unit as his Colonel’s driver during the war and also trained in typewriter repair.

Roger worked for Silcrest, Larson Office Equipment Company and Fleet Farm before purchasing a dairy farm in the Town of Easton. There, he and Betty spent thirty years raising a wonderful family and expanding their farm.

Roger enjoyed dairy farming and his side-jobs of custom round-baling hay in the summer and collecting maple sap in the spring. In his spare time, he could often be found square dancing on Friday nights or participating in card parties with dozens of friends. He also dedicated countless hours to helping his kids with their numerous 4-H projects.

When they retired from farming, they built a home in the Village of Weston. Roger loved traveling, having coffee with friends, playing Sheepshead, and most importantly, spending time with his grandchildren. He enjoyed sharing special tricks and talents, especially making the kids giggle in amusement when he wiggled his ears. He was a kind, quiet, hard-working man who captured attention with his quick wit and friendly smile.

Roger was a dedicated member of First Presbyterian Church of Wausau, where he served as a deacon and active member of the Mariners. He was also a member of Golden Kiwanis, the Lions Club, Elks Club and a volunteer for Mobile Meals. Roger was a proud military veteran and enjoyed a special Never Forgotten Honor Flight trip to Washington DC, accompanied by his son, to see our nation’s war memorials.

He was preceded in death by his parents; his wife, Betty; sister, Karen Vlietstra; mother-in-law and father-in-law, Hazel and William Fremming; brothers-in-law, Don, Eldon (Butch) and Bill Fremming and sister-in-law, Gladys Fremming.

He is survived by his son, Terry (Colleen) of Rothschild, WI and their children Kevin (Sara), Kyle (Jackie) and Jenni Littlejohn (Garrett); daughter, Jill Rucinski (Mike) of Weston, WI and their children Kassie (Eric Bockenhauer) and Alex; daughter Kristi Stokes (Dave) of Esko, MN and their son Tanner; brother-in-law, Jack Vlietstra; sister-in-law, Martha Fremming; special friend Cheryl Hoffman; many nieces and nephews and three great-grandchildren, Scarlet, Lacey and Anna. He was looking forward to the arrival of his first great-grandson next month.

The family would like to thank the amazing teams at both Mount View and the Department of Veterans Affairs for their dedicated care and support.

Visitation begins at 9:00 am at First Presbyterian Church, 406 Grant Street, Wausau, on October 20, 2022 followed by the service at 11:00 am. Reverends Kevin Geurink and Joy Nelson-Jeffers will be officiating.  The service will also be live streamed and available at www.brainardfuneral.com for those who are not able to attend.

To order memorial trees or send flowers to the family in memory of Roger Geurink, please visit our flower store.