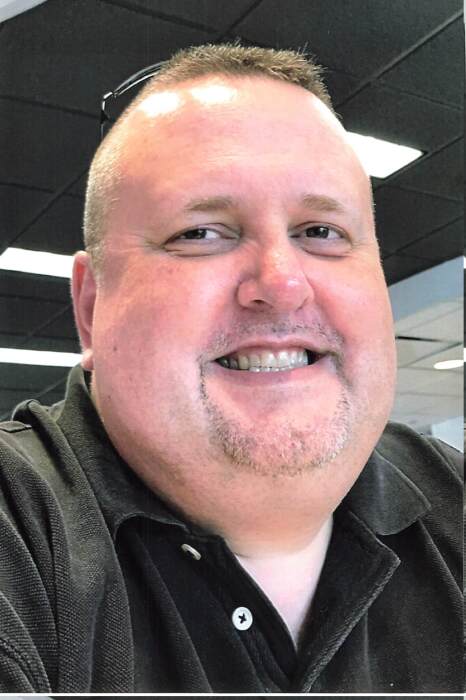 The celebration of life funeral service for Ronald "Ron" Dallman will be held at 11:00 a.m. on Wednesday, December 8, 2021, at Brainard Funeral Home's Everest Chapel, 5712 Memorial Court, Weston, WI. A visitation will be held at the chapel on Tuesday, December 7 from 4:00 - 7:00 p.m. and will continue at the chapel on Wednesday from 10:00 a.m. until the time of service.

Ron Dallman, age 51, of Kronenwetter passed away on Friday November 26th at the Aspirus Wausau Hospital. Ron was born November 22, 1970, to Damon and Shirley Dallman. He was the youngest of 4 children. Growing up he loved to play with his matchbox cars (which his oldest sister would spoil him with), play ball with his little league team and his softball team when he was older and spent a lot of time in the pickle fields with his family. Ron attended NTC and received an associate's degree in police science.

While attending school he worked for ShopKo as a loss prevention specialist and had many fond memories from all the shenanigans he participated in with his co-workers there. For almost 20 years Ron served several communities as a police officer. This was not only his passion but it was who he was. Throughout his career, he was recognized for his work and commitment which included a letter of praise from the FBI and a Life-Saving award from the Kronenwetter Police Department. For the last several years he worked for Kroger as an Asset Protection Specialist and loved digging in to investigate issues that would arise there.

Ron was united in marriage with Becky Peterson on July 20, 1996. They have two amazing sons Mason and Connor. The only thing in life that Ron was more proud of than being a police officer was his boys. Ron was a family man who loved and protected his family fiercely. He had a wonderful sarcastic wit and was always cracking jokes. He loved to collect swords and deer hunting season was his favorite time of year. Ron loved to relax and watch TV and his all-time favorite show was Super Natural. This show was often quoted by Ron in the Dallman household. Ron was also known as the king of catchphrases by his family, with phrases including “I’ll shut off the Wifi” and “I’m going to flip the breaker”. One family gem made by his boys was the list of top 10 phrases he used the most. He never failed to throw in dad jokes and catchphrases that brought happiness to the ones around him no matter the situation.

Ron's memory will be forever held in the hearts of his wife Becky, son Mason (Rachel), son Connor, father Damon, sister Deb Kasten, and many nieces, great-nieces, and great-nephews. Preceded in death by his mother Shirley, brother Jeff, and sister Cindy Zoromski.

To order memorial trees or send flowers to the family in memory of Ronald Dallman, please visit our flower store.