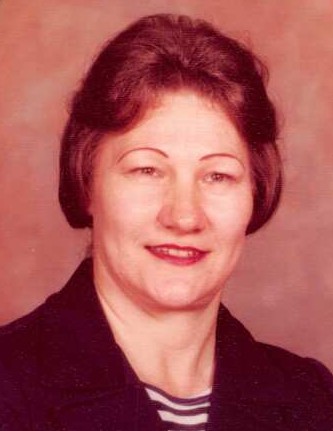 Sandra Marie Ryan passed away peacefully on Thursday, November 26, 2020, at the House of the Dove Hospice in Marshfield, WI, where she had resided for the last month.

Tootsie was born September 29, 1936 in Weston, WI, daughter of the late Pearl and Harvey Woodward, Sr. She married James J. Ryan on May 5th, 1956 in Pine Valley Minnesota.

In her early years, Tootsie worked as a waitress and later worked at Marathon Electric. For many years, she babysat her nieces, nephews, and grandchildren. She enjoyed crocheting, word puzzles, playing cards, and taking photos.

A Private Family Funeral is being held on Wednesday, December 2, 2020 at Brainard Funeral Home – Everest Chapel. Rev. Gloria VanHouten of Peace United Church of Christ in Schofield will officiate. Burial will be in Pine Grove Cemetery, Wausau. In lieu of flowers, memorials may be directed to Tootsie’s favorite charity, St. Jude’s Children’s Hospital.

Brainard Funeral Home is assisting the family with arrangements, online condolences may be shared at www.brainardfuneral.com.

The family would like to thank the visiting nurses – especially Halley – as well as the nurses at the House of the Dove who took such good care of Tootsie.

To order memorial trees or send flowers to the family in memory of Sandra Ryan, please visit our flower store.