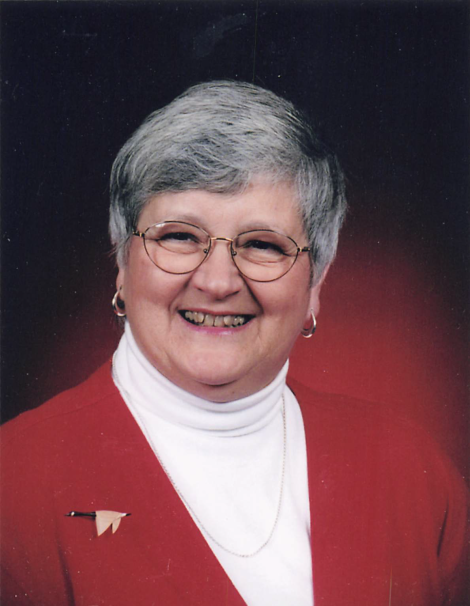 She was born in Wausau on February 24, 1941, daughter of the late Merrill and Arlene (Seiler) Sischo. She grew up on the north side of Wausau in a small house on Horseshoe Spring Road next door to her Grandparents Merrill Sr. and Jennie (Johnson) Sischo. This was back in the days when kids spent most of the summer wandering barefoot and didn’t mind if there was a leech or two in the local swimmin’ hole. We have a black and white photo of Sharon and her brother Corky floating on a backwater of the Wisconsin river directly behind their house on a crude homemade raft they constructed of inner tubes and cast-off lumber. We suspect that photograph, and the huge grins on their faces in it, pretty much captures those childhood years.

Sharon enjoyed golfing in the summer and curling in the winter. And it was while curling in Stevens Point, WI that she met Gerald Feathers of Waupaca, WI, who she would marry on September 1, 1962.

She earned her Master’s degree in early childhood education, and loved working with young people as a Kindergarten teacher in the D.C. Everest School District at Riverside Elementary School, retiring in 1996.

Sharon greatly enjoyed traveling and, along with numerous bus trips and RV trips around the Midwest and out West, was able to visit places like Australia, Europe, and Alaska. Her travels included one week-long wilderness canoe trip- led by her fellow childhood raft-building conspirator brother Corky- into Ontario’s Wabakimi Wilderness area using Grumman canoes and 1970’s nylon dome tents with her husband and two sons. It was on this trip, because none was available for the entire week, that she discovered how much she really enjoyed ice in her drinking water.

She had a life-long love for art. She drew, painted, and photographed places and scenes throughout her life. She enjoyed sharing her art in numerous art shows and exhibitions around the area and cherished the friendships she made as an active member in local art associations.

After retiring from teaching, Sharon and her husband Jerry were able to spend 14 winters in Florida escaping the Wisconsin cold. She especially treasured her times walking the beach on Sanibel Island looking for shells. Certainly, this was one of her happiest places and she took many photographs and created numerous paintings representing sunsets along the ocean there.

During the summers she liked spending time at the cottage on Manson Lake near Rhinelander. She loved puttering around on the pontoon boat or sitting on the bench at the end of the dock looking for and listening to the calling of the loons. Particularly, she appreciated spending time on her special bench alongside the gurgling stream next to the cottage listening to the sounds of nature. As with Sanibel Island, this was a place that inspired many of her paintings and photographs.

One of the greatest joys of her life was the arrival her grandchildren Ryan Feathers in 1991 and Kendra Feathers in 1993. She loved spending time with them whether it was babysitting; or attending birthday parties, school concerts, or scouting events. With her health declining and her granddaughter Kendra pregnant with twins, one of her hopes was to be able to meet her great grandchildren. And on her 81st birthday- just two weeks before her passing- she was able to rest one-month old Walter and Leopold Gilberston in her lap and hold their tiny hands. She declared that visit as “The best birthday of my life”.

She was a nature lover and in later years, when traveling became too difficult, she loved sitting on the deck watching the birds coming to the various well-stocked feeders in the backyard. She was a fan of

Aldo Leopold’s Sand County Almanac and would pause to listen with delight to the migrating geese overhead in the spring. In one of her favorite chapters, “Goose Music”, Leopold wrote, “…And when the dawn-wind stirs through the ancient cottonwoods, and the gray light steals down from the hills over the river sliding softly past its wide brown sandbars- what if there be no more goose music?”

Besides her parents, she was preceded in death by her brother Merrill “Corky” Sischo, her son John William Feathers, and two beloved dogs- Nugget and Monique.

In honoring Sharon’s wishes, no service will be held. In lieu of flowers, memorials may be given to the charity of your choice.

To order memorial trees or send flowers to the family in memory of Sharon Feathers, please visit our flower store.