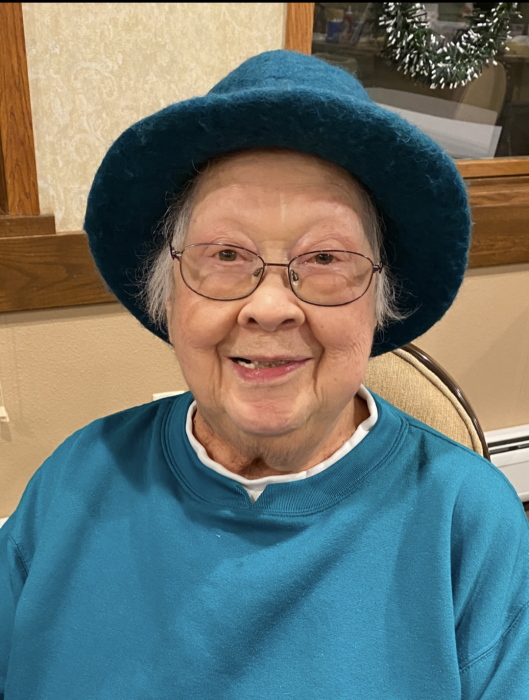 Born on February 16th, 1935, in Ashtabula Ohio to Richard and Olive Treen. Shirley grew up taking care of her siblings Damaris, Janice, and Bryan and attending Jefferson high School where she excelled in all things music. She studied music at the University of Miami in Oxford Ohio where she even made the French horn look good! That is also where she met and fell in love with Clifford Johnson. They were married August 31st, 1957, and moved to Milwaukee Wisconsin where Shirley excelled as a music teacher and lovingly raised daughter Lauren and husband Cliff. In 1977 Cliff and Shirley moved to Amherst Wisconsin where Shirley continued her music teaching gig, practiced her culinary prowess, and embarked on her love for all things carding and crafting. Bouncing baby boys rounded out Shirley's dream of grandchildren as Justin then Jordan were born. She of course spoiled them rotten because she said that was her job! Shirley and Cliff retired to Bull shoals Arkansas in 1991 where Shirley was involved in the Bull Shoals Baptist Church, card crafting and the Red Hat Society just to mention a few. Shirley returned to Wisconsin to live in Wausau in 2016 was she graced the halls of Renaissance assisted living.

Through all of the above, Shirley wore many hats - both literally and figuratively. Known as the hat lady in later years she was a wonderful vocal teacher, creative card crafter, kind caring friend, sweet, patient, lovable, generous human, someone who took care of others especially family, and someone who never complained no matter the circumstances. Her sense of humor was amazing as was her wonderful cooking. Shirley had a way of bringing out the best of those around her and helping them to find and be their best selves.

She leaves a huge hole in the hearts of her family and friends who were touched by her life throughout her journeys. She would want us to fill that hole with memories of how she touched us and the realization that she is in heaven having one heck of a party with her parents and everyone who left before her and with Clifford, who was wondering what took her so long!

A small and humble celebration of her life will be held at 4:00 p.m. on Friday March 18th, 2020, at Brainard Funeral Home – Weston Chapel, 5712 Memorial Ct, Weston. Visitation will be from 3:30 until the time of service at the funeral home.

I hope everyone near and far will join the live stream to remember this amazing woman. Her service can be viewed by visiting brainardfuneral.com, clicking on her obituary and scrolling to the bottom of the page.

To order memorial trees or send flowers to the family in memory of Shirley Johnson, please visit our flower store.