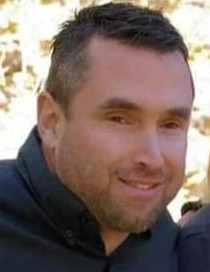 He was born in Wakefield, Michigan, on August 24th, 1968. He was one of the earliest premature babies to survive in the UP being born 13 weeks early, earning the nickname "two-pound Teddy". His strength and resilience started at birth and continued throughout his life.

Ted attended Ramsay Elementary School and A.D. Johnston High School in Bessemer, Michigan. Ted was raised on his family's campground, Alpine Campground in Bessemer, where he learned the value of hard work from his parents. As a child he enjoyed playing youth hockey with the Wakefield Chiefs, riding mini bike, and later riding his motorcycle. He developed a love of martial arts, training with ManTur Martial Arts. As a teenager, Ted served as a lifeguard at Ramsay Park. Ted also became a self-taught musician, playing his guitar, and eventually forming a band with his brother and friends called, "Special Edition", playing at events around the UP and northern Wisconsin.

After high school, Ted attended Gogebic Community College taking paralegal classes. Eventually, Ted realized his true passion was helping others and he became a volunteer firefighter and a paramedic with Beacon Ambulance. His workaholic nature led him to study real-estate, getting his license, and working with J.W. Huss, Inc. in Ironwood.

In 1990, Ted met his life partner and wife, LuAnn, while working at Grandview Hospital in Ironwood. Less than a year later, they would be engaged and married on September 7th, 1991. Later that year they moved to Wausau to start their lives together. Ted worked as a realtor for Coldwell Banker Action Realty, and as a senior associate for World Financial Group until 2003 when life changed drastically.

Ted's difficult years started after complications from a heart surgery to replace a congenital heart valve. Despite a massive infection and stroke at age 35, Ted beat all odds and pulled through. Even after developing disabling pain and memory deficits, Ted always wanted to contribute to the family, working part-time jobs as a security guard and computer repair.

Ted is survived by his devoted wife of 29 years, LuAnn of Weston; three daughters, Kara (Corey Cherek) of Wausau, Molly of Rothschild, and Bria of Weston; and three grandchildren, Eliana, Rylan, and Emalyn of Wausau. He is also survived by his mother, Inga of Bessemer; brothers, Detlef (Beverly) Liedtke and Mike Sanders; sister, Tanja Sanders; sister-in-law, Jill (Todd) Plath; mother in law, Mavis Lahti; brother-in-law, Todd Reynolds; and his nieces and nephews, Mark, Derek, Melinda, Stephen, Dylan, Erich, and Sam. He is further survived by numerous special cousins who he loved dearly and countless friends.

Ted loved camping with friends and family and spending time watching his children and grandchildren play music, sports, and growing. He never missed a 4th of July in Bessemer MI and enjoyed the Packers and Nascar. Ted will be remembered for his laugh, sense of humor, and "friend to all" nature. He loved his family deeply and will be sorely missed.

Ted's family would like to thank the physicians with Aspirus Pulmonary and Critical Care, Aspirus Heart and Lung, Aspirus Cardiology, Aspirus Clinics,  Aspirus Wausau Hospital RN's, CNA's, lab, Radiology, Cardiopulmonary Lab, Cath Lab, Emergency Department, and especially the Respiratory Therapists for the compassion and care he received for so many years. We are a family.

A memorial service will be held at 12:00 noon on Thursday, April 1, 2021, at Immanuel Lutheran Church, 630 Adams Street, Wausau. Social distancing and masks will be observed. Visitation will be held on Wednesday, March 31, 2021, from 5:00 - 8:00 p.m. and again on Thursday from 10:00 a.m. until the time of service; all at the church. Rev. Dr. Niveen Sarras of Immanuel Lutheran Church, Wausau, and Pastor Dan MacDonald of Highland Community Church, Weston, will officiate. A reception will follow the service at Dale’s Weston Lanes.

Ted’s service will be live-streamed and made available for future viewing on his obituary page at www.brainardfuneral.com.

To order memorial trees or send flowers to the family in memory of Ted Sanders, please visit our flower store.