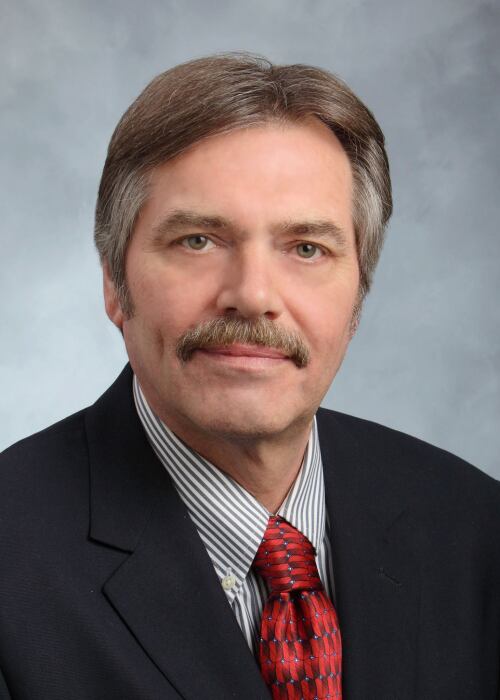 Terry LeRoy Sturm, 67, went to be with our Lord and Savior on Thursday, May 5, 2022. Known as “Papa Terry'' to his beloved grandson, Terry was born April 24, 1955 in Wausau, Wisconsin. He graduated from Wausau West High School in 1973 and then earned an associate degree from Northcentral Technical College in graphic arts. Terry started his professional career at Roto Graphic Printing performing layout, design, and advertisement setup. Seeking more client interaction to present artwork and hear customer feedback, he went to work as a sales representative at Pilot Printing, which later became Marathon Press.

Terry worked many years at Marathon Press but became tired of the frequent travel. Conveniently, his sister-in-law mentioned an all-day financial business aptitude test, which he subsequently completed with a “favorable” result. So, Terry completed licensure examinations to become a stockbroker and was hired by The Milwaukee Company in February 1987. The company later became Dain Bosworth, then Hamilton Investments, then The Illinois Company. Terry then joined Dean Witter, which was bought by Morgan Stanley. In the early 2000s, Terry joined Ziegler Wealth Management, which was eventually bought by Stifel, Nicolaus & Company. Terry loved working with people and retired in June 2020 having faithfully served his clients for thirty-three years.

Terry was a man of many hobbies and activities. He enjoyed participating in civic organizations, shooting pool, gardening, listening to music, seeing his many friends, telling jokes, and concert planning, among others. Terry started organizing events early, with his first major jazz and blues concert occurring July 16, 1977 at the Marathon County Park Grandstand. He served in Wausau Events for well over twenty years helping to plan and organize events and concerts. Every winter he was hard at work planning his favorite event of the year, Big Bull Falls Blues Festival, which would occur in August. He was also very proud of his involvement in the SquareUp Committee, which helped establish The 400 Block in downtown Wausau. Terry shot pool for many years enjoying the weekly fellowship with his teammates. In the summertime, he thoroughly enjoyed building and maintaining his many immaculate gardens. While he grumbled about too many packages coming to the house, the reality was, many were plant bulbs, seedlings, and “whimsey” deliveries. And he always loved telling and sharing jokes—a trait he happily passed on to his grandson.

Terry always put his family first. He was a devoted husband and married the love of his life and wife of forty-one years, Anne M. Mathie, on September 12, 1980. Terry enjoyed tending to the small things, such as ensuring Anne’s car was always washed and fueled up. Terry was also a faithful father and grandfather to his son Eric and grandson Kian. He relished his son’s achievements and never failed to remind Eric how proud he was of him. He took great delight in his family’s interests and hobbies. While he was not an avid camper, he began renting a recreational vehicle to camp with his family and learned the importance of water usage and managing the gray water tank. On that same camping trip, Terry ensured no one went hungry by having Eric grill two family-sized packages of chicken because he loved chicken. Terry happily picked up his crayons to become a coloring penpal with his grandson, whom he adored and affectionately called Sunshine, trading beautiful pictures, and demonstrating his artistic gifts.

The family would like to thank the compassionate staff of Aspirus Cancer Care and Palliative Care for their service.

Brainard Funeral Home, Wausau Chapel, is assisting the family with arrangements.  To share condolences and memories with the family, please visit www.brainardfuneral.com.

To order memorial trees or send flowers to the family in memory of Terry Sturm, please visit our flower store.