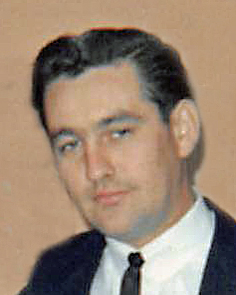 Udo was born on March 14, 1938 in Freistadt, Germany to the late Erich and Lida (Hein) Illmann.  The family emigrated to the United States in 1953 settling in Racine.  Following his graduation from high school, Udo honorably served his adopted country in the US Air Force.  He met and married the love of his life, Joan Guarascio, in 1964.  The couple was blessed with two children, Chrystal and Mark.  While living in Racine, Udo worked as a maintenance supervisor for SC Johnson Wax.  In 1976, the family moved to Rib Lake to get away from the hustle and bustle of the city.  More recently, Udo and Joan moved to Wausau.

Udo was a loving and protective man who was incredibly proud of his German heritage and service in the Air Force. His family was very evidently his whole heart. He greatly enjoyed the peace and solitude of nature.  Udo had a naturally inquisitive nature and ability to figure things out on his own.  Even when a stroke impaired his mobility, he persisted in wanting to do as much as he could on his own.

A celebration of Udo’s life will take place at a later date.  Brainard Funeral Home is assisting the family with the arrangements; you may sign our family guestbook at brainardfuneral.com.

In lieu of flowers, memorials may be directed to the family for a future charitable donation in Udo’s memory.

The family would like to express their appreciation to Brainard Funeral Home for their assistance during this difficult time. We would also like to thank his nurses at Aspirus Hospital who cared for him with great kindness and compassion.

To order memorial trees or send flowers to the family in memory of Udo Illmann, please visit our flower store.