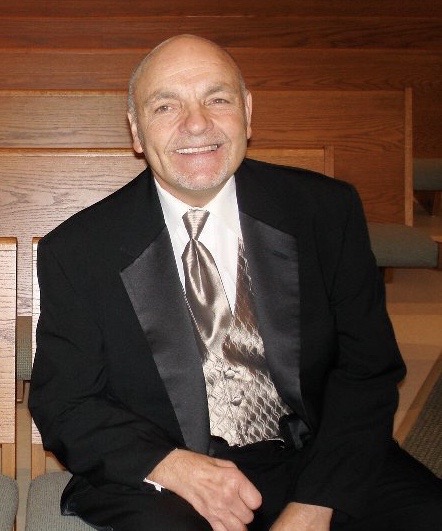 Wayne was born on November 17, 1952 in Wausau to the late Leo and Evelyn (Etter) Walters.  He graduated from  DC Everest High School and went on to run the family farm.  For the last 9 years he was employed at North Central Health Care as the “Jack of all trades; master of none.”

He married Joelyn Kunze and together they had two wonderful sons, Jason and Lance.  Family was everything to Wayne.  He especially loved spending time with his five grandkids.  He also enjoyed being in the woods hunting with his family.

He is survived by his wife of 39 years, Joelyn Walters; sons Jason (Stephanie) Walters and Lance (Amanda) Walters both of the Town of Easton; grandchildren Shellby, Thomas, Bentley, Jayken, and Colten Walters; and sisters Sharon (Harold) Welhouse and Janice Schairer.

Wayne is preceded in death by his parents Leo and Evelyn Walters and sister Sandy Ostrowski.

Funeral service will be held at 11:00 am on Monday, December 23, 2019 at Mt. Olive Lutheran Church, 6205 Alderson St., Schofield.  The Rev. Raymond Connor will officiate.  Visitation will take place from 4:00 pm until 7:00 pm on Sunday, December 22, 2019 at Brainard Funeral Home, 5712 Memorial Court, Weston and again from 10:00 am until the time of services at Mt. Olive on Monday.  Private family entombment will take place at Restlawn Memorial Park

Online condolences may be given at www.brainardfuneral.com

To order memorial trees or send flowers to the family in memory of Wayne Walters, please visit our flower store.