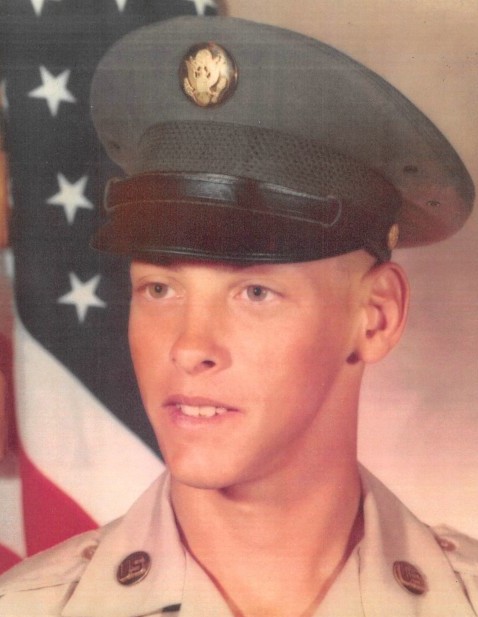 SSG William J. Sikonia, ARMY, 62, a former resident of Erwin Township, passed away Thursday evening, 20 Jun. 2019, under the hospice care of the Mount View Care Center in Wausau with family and friends by his side.

Bill bravely battled through a blood and bone cancer called Myelodysplastic Syndromes (MDS) and in Nov. 2018, he received a stem-cell transplant at the Nashville VA Hospital, TN, that took over 3-months of closely monitored recovery. The transplant was successful and Bill returned to his home in Wausau to continue rehab. However, from May through June, Bill was in and out of the Madison VA Hospital where he was diagnosed with a form of lymphoma cancer common with transplant patients and further testing revealed that his MDS returned.

After enjoying a wonderful Father’s Day with family at the Madison VA, Bill was transferred to hospice care at the Mount View Care Center in Wausau. His fight to live and beat cancer were strong but his body unable to recover.

After Bill’s military career, he worked with Federal Mogul Corporation for 15 years and ROEHL Trucking for the past 8 years while in Wausau; though his real passion involved spending time with his siblings, grandchildren, nephews and nieces. Family time was most important.

Bill touched many folks in his short life. His gullible nature, quirky laugh, goofy sense of humor, and Donald Duck impersonations will be remembered forever and a day by everyone he knew and met.

Bill was previously married to Mary (Landowski) Sikonia, Minneapolis, MN. He was a loving brother, father, grandpa, friend and will be dearly missed by all who knew him.

The family is honoring Bill’s life with visitation from 9am to 11am June 26, followed by a Mass of Christian Burial at Our Lady of Peace Catholic Church in Ironwood, with the Rev. Binu Joseph, celebrant. The honorary pallbearers will be from Bill’s family and friends.

Rite of Committal and interment will take place at Riverside Cemetery, Ironwood. Military rites will be accorded at the cemetery under the auspices of the Ironwood American Legion Post 5 Honor Guard, assisted by the U.P. Funeral Honors Team.


Expressions of affection in a charitable contribution in Bill’s memory are suggested in lieu of flowers to the American Legion Post 10, 1001 Golf Club Rd, Wausau, WI 54403.

The family wishes to thank the hospice staff at the Mount View Care Center, and the doctors, nurses and staff from the Madison VA Hospital, Nashville VA Hospital and Aspirus Wausau for their excellent and compassionate care given to Bill throughout his fight with cancer.

Funeral arrangements have been entrusted to Lucas Gajewski at the Brainard Funeral Home and Cremation Center, in Wausau, WI. and Jerald Rocco, owner and manager of Lakeside Memorial Chapel Inc., in Wakefield. Condolences may be expressed online at https://www.brainardfuneral.com or http://www.lakesidememorialchapel.com.

To order memorial trees or send flowers to the family in memory of William Sikonia, please visit our flower store.