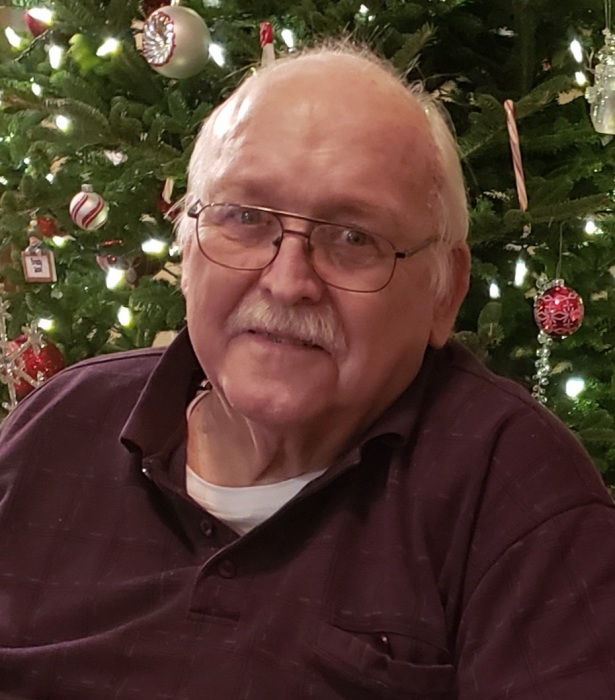 William “Bill” Harold Radloff, 77, of Wausau, WI, passed away on Wednesday, January 29, 2020 after years of courageously battling everything that came his way.

Bill was born on May 16th, 1942 to Harold “Jerry” and Hazel (Wick) Radloff in Wausau.  After graduating from Wausau High School in 1960, he earned an Associate Degree in Accounting from NCTI and later landed his first job as a computer operator with Marathon Electric.  Nine years later, he took a job at Wausau Insurance Companies where he spent 30 years as a Systems Accountant.  His most rewarding accomplishment was directing the team who built the Loss Data Warehouse to house all of Wausau Insurance’s data.

In 1965, he married his high school sweetheart, Doreen (Tesch) Radloff, and together they had three children, Rick, Joel and Kelly.  Family was important to Bill, and you would often see them fishing, golfing, waterskiing, hunting, and camping together.  Every summer weekend he would take the family “up-north”, and every year he made sure the family attended the Wick Family Reunion.

In his early years, Bill served on the Wausau Area Softball Association board where he was instrumental (with his uncle Louis Marth) in building the Sunny Vale Softball complex.  Bill was also an avid volleyball player, where he played in a national tournament in the late 1970s.  You would often here Bill saying; “Pound for pound, I am one of the best athletes in Wausau!”

In his middle ages, Bill got involved with Homme Home, serving as the board chairman for several years.  He was also heavily involved with his church, serving multiple church council positions, including starting both Pilgrim Lutheran Preschool and Bethlehem Lutheran Preschool, and served as the chair of the organization committee that started Bethlehem Lutheran Church in Kronenwetter.  Most recently, Bill served as the finance committee chair for Saint Andrew Lutheran Church, where he started the Endowment Fund.

Perhaps Bill’s most significant legacy is his work with the Boy Scouts of America.  Since becoming an Eagle Scout in 1958, he’s been trying to “give back to Scouting, more than it’s given me!”  Bill and Doreen helped start Cub Scout Pack 451 at Evergreen Elementary School in Kronenwetter.   As Scoutmaster of Boy Scout Troop 451, he established one of the largest and best units in the Samoset Council.  Bill also served as Course Director for Northwoods Challenge (youth leadership training) for 23 years, President of Lutheran Scouters Association for several years, District Commissioner for nearly a decade, and many other positions.  Bill was the first of three generations of Eagle Scouts, including his two sons, two grandsons, and 2 more grandsons well on their path to earning their Eagle Scout award.  No one will ever know his impact on the thousands of boys he influenced over his 60 years in Scouting, but his most heart touching impact will be on the boys and parents of Special Needs unit 480 that he organized for his two grandsons, so they could experience a “special” Scouting program.

Bill is survived by his wife, Doreen Radloff, his three children, Rick (Tammy) Radloff, Joel (Susan) Radloff, and Kelly (Bryon) Gleisner; and his pride and joys - nine grandchildren, Shanna, Davyn, Cole, Brady, Noah, Isaac, Jackson, Phillip & Genevieve; and one great granddaughter Viviann.  He was preceded in death by his parents and his sister, Mary (David Patefield).

A Celebration of Bill's life will be held at 11:00 a.m. on Saturday, February 8, 2020 at Saint Andrew Lutheran Church, 150202 County Rd NN, Wausau, WI 54401. Rev. Jenn Collins will officiate. Visitation will be held from 9:30 a.m. until the time of service at the church, as well as from 4:00-7:00 p.m. on Friday, February 7; all at the church. Interment will be at Restlawn Memorial Park. Scouting friends are encouraged to wear their Scout uniform.

Should friends and family desire, contributions may be given to the Saint Andrew Lutheran Church Endowment Fund.

To order memorial trees or send flowers to the family in memory of William "Bill" Radloff, please visit our flower store.