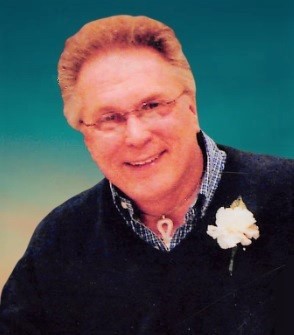 The wind came for Yasha to be free on June 27, 2022. He passed away unexpectedly at age 76, after several hospitalizations at the Aspirus Hospital in Wausau, Wisconsin. Some family and friends were able to say goodbye. Wherever he was, whatever he was doing, he animated the world with his intelligence, curiosity, energy and humor.

Yasha (James) Joseph Dalheimer was born on August 22, 1945, in La Crosse, Wisconsin. He was the natural son of Martha L. Myszka and R. C. Benaszewski. He was the much-loved son of Frances (Vrobel) and Ervin Dalheimer, their family of four residing in Eau Claire, Wisconsin. He often expressed his appreciation for all the people who loved, helped and taught him.

After attending Regis High School in Eau Claire, he earned a bachelor's degree in English from UW Eau Claire, and a master’s degree in English from the University of Iowa. His professors influenced him throughout his career. When a professor told him the Russian name for James, he knew that would be his name – Yasha, which he made legal. A google search of his name revealed that it had been sent into space on a list with other earthling names.

He had a natural talent for learning the Russian language, and he traveled many times in Europe and the Soviet Union. In 1968 he was part of a program sponsored by Radio Liberty, improving his Russian and knowledge of the country, traveling on the Trans-Siberian Railway.

For 39 years, Yasha was a high school English teacher. He taught briefly in New Richmond; Chippewa Falls; Stephenson, Michigan; and St. John’s Military Academy, Delafield. He never taught at a driving school. Bozhe moi.  People might not know that he also played the violin in the Wausau Symphony Orchestra, and enjoyed skiing trips with friends to the UP and the western U.S.

In December, 1972, he joined the faculty at Wausau East High School, in Wausau, Wisconsin, where he made life-long friends. For many rewarding years he instilled a love for fine literature in his students, assigning challenges: Brothers Karamozov, Grapes of Wrath. He believed in teenagers and the ability of his “Duckies” to do their best in reading and in imaginative writing. Yasha was also a devoted Forensics director.  He retired from the Wausau School District in 2007. Then he began a new career as a popular substitute teacher. “Yasha’s here today!”

In 1987, after snowshoeing in for miles from Gogebic 505, he bought 13 acres on the Lake Superior shoreline, and he began his relationship with ravines, culverts, chain saws and Lake Superior sunsets. Through his usual hard work, he created Camp Karma, a beautiful natural park. He was helped by acts of friendship such as clearing brush, crafting a “new” trailer and building bridges over the ravine creek and some stairs down to the shore. He loved the force of the November gales, and he loved sharing his land with anyone who would visit the northern edge of the country, and maybe ride the horses to the Black River.

Dilly beans, rhubarb pie, borscht and Russian black bead, butter - he was a great cook who loved to fill his dining room with his families and friends. The organic beans were from his garden, with its four 75-foot bean rows. He enjoyed canning his harvest, especially enjoying the smell of the ingredients packed into the jars for bread-and-butter pickles.

If he wasn’t in the yard crawling through the pickle patch, chopping wood or fixing something with a helpful neighbor, he was probably reading a book or watching public television or Ancient Aliens, conducting a past-life regression, playing with the parrot and the dog, or laughing on the phone. The parrot, who sounded just like Yasha saying, “What? Ok, bye.” He enjoyed helping people, neighborhood happy hours and time away for dinner and a movie with old friends. He seemed larger than life, and unstoppable.

Yasha was genuine and lived a simple but rich life. He had a love for humanity and an enthusiastic view, looking forward to what he would enjoy and learn from his encounters with people. Later this season, one of his great shoreline driftwood fires will honor the passing of this good spirit.

In addition to his parents, he was preceded in death by the horses, Misha and Vanya; the Norwegian Elk Hounds – Kira, Bjorn and Berta; the parrot, Mira. There was always a new pet to love.

He is survived by two sisters, Terri Hagmann (Chuck), Footville, Wisconsin; Sandi Menze (John), Glendale Heights, Illinois; and one brother, Dennis Zielinski (Cindy), Rhinelander, Wisconsin. He is also survived by his dear nieces and nephews and other relatives, close friends and good neighbors. His good puppy, Freya, and his parrot, Tadju, have been tended by neighbors and will be given a home by family members.

Brainard Funeral Home is helping the family with arrangements. A Celebration of Life will be held at Sylvan Hill Park on Sunday, August 28, 2022, from 1 to 4pm. With a program at 2:00. Please bring your own chairs, and maybe a story.

Memorial donations can be sent to Wausau East High School, directed to the Yasha Dalheimer Scholarship Fund, to be given to a student entering the field of secondary education.

To order memorial trees or send flowers to the family in memory of Yasha Dalheimer, please visit our flower store.