Plant a tree in memory of George
An environmentally-friendly option 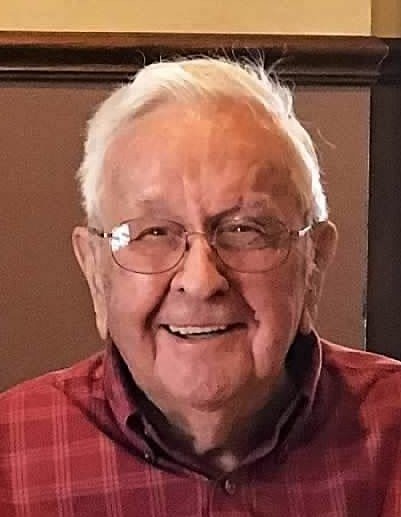 George Thomas Writz, 96, passed away peacefully on Saturday, March 20, 2021 under the care of Compassus Hospice at Primrose Retirement Community. He was born on April 11, 1924 in the Township of Johnson to Thomas and Helen (Stenzil) Writz. He was baptized April 20, 1924 at the Church of Saint Anthony, Athens, WI; his sponsors were Stan Writz and Lucy Myszka. Both of George’s parents had passed away by 1935, and his Aunt Eleanor and Uncle Stan Writz welcomed George into their home.

George joined the workforce after completing 8th grade, first working on a farm east of Poniatowski, then logging in the Michigan woods, and in 1943, his truck driving career started. In 1944 he met the love of his life, Laurene Passehl, and they were married on July 26, 1947 at St. John’s Lutheran Church in the Town of Wein with Caroline and Herbert Passehl as their witnesses. In 2017 they celebrated their 70th wedding anniversary.

George and Laurene bought their first house in Marshfield, and that was where their two children were born. In 1954 they purchased a dairy farm, and family helped them with labor and equipment as they worked to build the farm up. In 1966 they sold the farm and moved to Wausau; there George was co-owner with his brother, Ed Writz, at Wausau Truck Sales & Writz Leasing. After selling that business, George started hauling Miller Beer from the Milwaukee Miller Brewery to the Central Beer Distributorship in Rothschild for 20 years until his retirement.  He enjoyed fishing, playing Sheepshead, riding his bike, and traveling to all 50 states and multiple countries in Europe, with a highlight being a family cruise through the Panama Canal.

George was preceded in death by his parents, his wife Laurene, his son Gerald, and his siblings, Sophia Loth, Joseph Writz, Edward Writz and Marcella Reilly.

Funeral services will be set at a later date. Online condolences may be left at www.brainardfuneral.com. The family would like to extend a heartfelt thank you to the Primrose staff that cared for George during the past three and a half years, and to the Compassus Hospice team that cared for him in his final days. Also a thank you to Pastor Jeff Martinson of Saint Andrew Lutheran Church for the prayers and companionship you offered so freely during your visits. Each of you has been a gift to our family, and we are grateful for your kindness!

Plant a tree in memory of George by clicking here.
To send flowers to George's family, please visit our floral store.

A service summary is not available

Plant a tree in memory of George
An environmentally-friendly option

Plant a tree in memory of George

1 tree planted in memory of George

A Memorial Tree was planted for George Thomas Writz

Plant a tree in memory of George